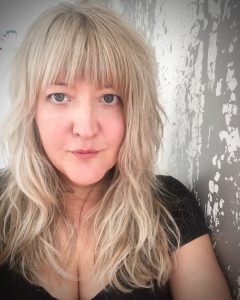 Donella Fox BA Hons, Dip CH & NLP, trained at Guernsey Youth Theatre under the watchful eye of Margaret McDonaugh MBE & Martin Cordall. She was cast from the Islands school children to play the role of May Le Page in the evacuation musical A La Perchoine. She went onto to feature as May Le Page on the CD of the musical singing a solo & a duet from show, also appearing on a BBC 2 Schools program about the evacuation. Age 15 she was cast by Director Jacques Robiolles as a young nymph witch in the feature film La Saga des Anglo Normandies also known as The Saga of the Channel Islands.

The States Of Guernsey awarded her a full living & tuition grant to go onto study acting at Bretton Hall College of the University of Leeds. It was there she gained 2:1 BA Hons in Dramatic Arts. In 2006 she was accepted onto the Film Lab 2006-2007 program at The Actors Centre, London/ Skillset, where she attended a sequence of film masterclasses from professionals in the industry Suri Krishnamma, Ewan McGregor, Denis Lawson, Debbie Issit to name but a few. From there she went on to work for various London production companies & edit houses, still also performing on the London Fringe.

In 2012 she wrote “Firefly” a one act play performed at Stratford Theatre Royal East Open Stage/ Angelic Tales Festival of New Writing directed & mentored by Rikki Beadle Blair & John Russell Gordon. Review for Firefly from Londoneer. March 2012.  “I’d very much like to see what Ms Fox comes up with next – ‘Firefly‘ is a remarkable achievement for a new writer.”

In 2014 her short vertical film watch here “Time” shot on an iPhone as an experiment, was picked up by Litro magazine who published it on Litro TV. In July 2015 she set up film company Loka Films collaborating with artists from a broad spectrum of the arts in a creative all inclusive environment. She received a funded place on Mind The Gap an EEFF 3 day training program in June 2016. In May 2018 she set up The Shoreditch Collective which has an emphasis on promoting independent work & artists from all spectrums @The_shoreditch

In December 2017 she published short comedy film Birdie this is available to buy here on Amazon UK & Worldwide or here on Book Depository.

She is currently releasing 12 monthly Audio Episodes of comedy/drama which can be found here The Dolly Diaries. The first episode was released in April 2018, and with a new episode released each month.

She is happily married & living in London.